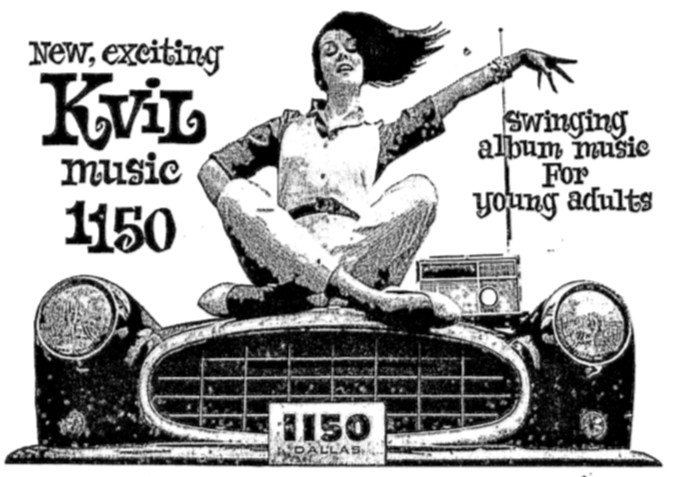 Just like a dozen years before when KLIF hit the airwaves in late 1947, a station that would one day achieve legendary status made its humble debut in 1960.  KVIL got its call letters from the Highland Park Village shopping center where it was located.   Despite the tantalizing promise of "swingin' album music for young adults", KVIL struggled to make an impact throughout the 60s. 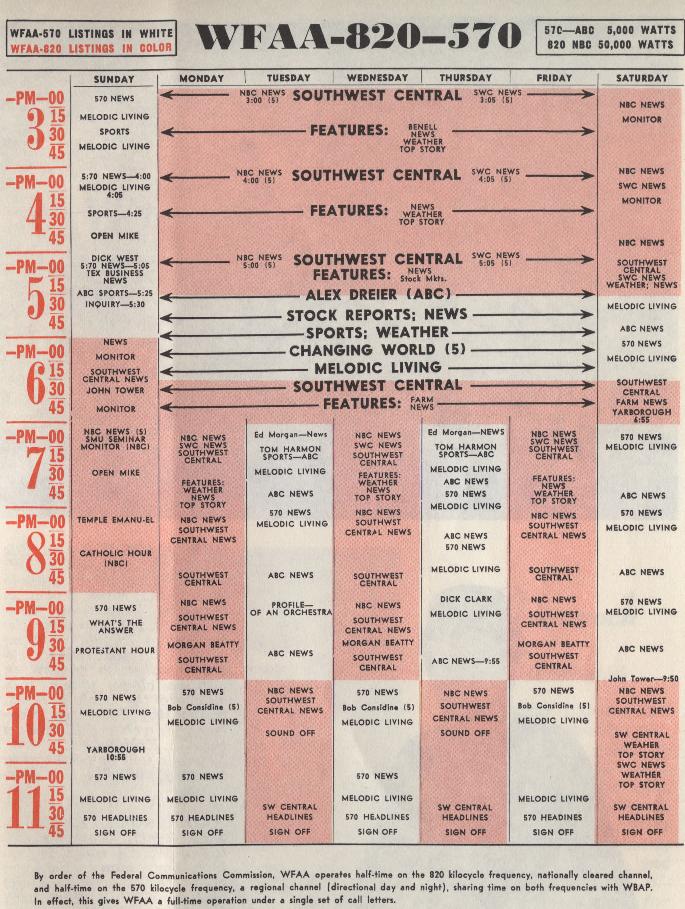 How confusing was it?  Here's a typical program guide for WFAA radio from 1960's.  Listings shaded in red are when WFAA was on the 820 frequency, the rest of the time it was on 570.  While the station would shift back and forth between the frequencies with WBAP, network programming did not.  NBC was always on 820, and ABC was always on 570.