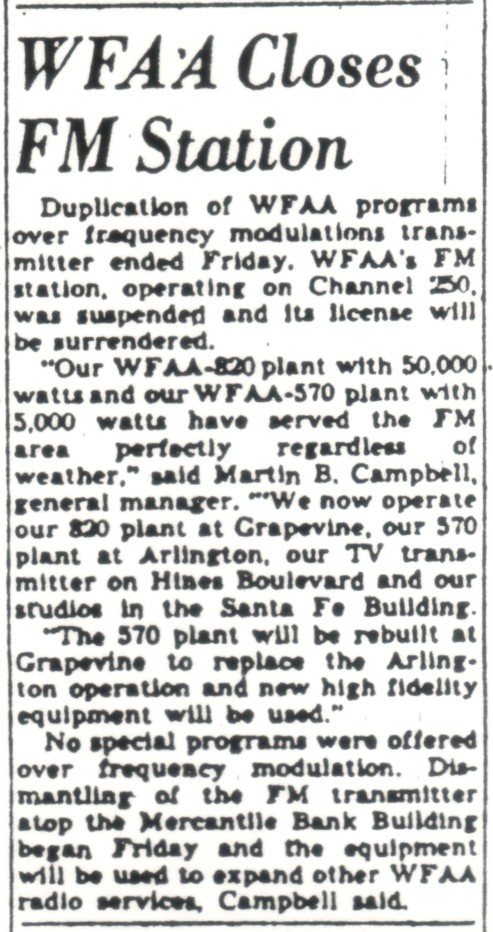 You'll notice WFAA-FM is not listed in 1950.  After 5 years of operating an FM radio station, the Dallas Morning News concluded that there was no further point in operating a station that simply duplicated its AM operations and turned off the station in September.   Of course, not many people in 1950 could have foreseen FM's eventual rise - and fortunately for the Morning News, no one else had applied for the 97.9 frequency when they decided to give FM another try in 1958, allowing the return of WFAA-FM. 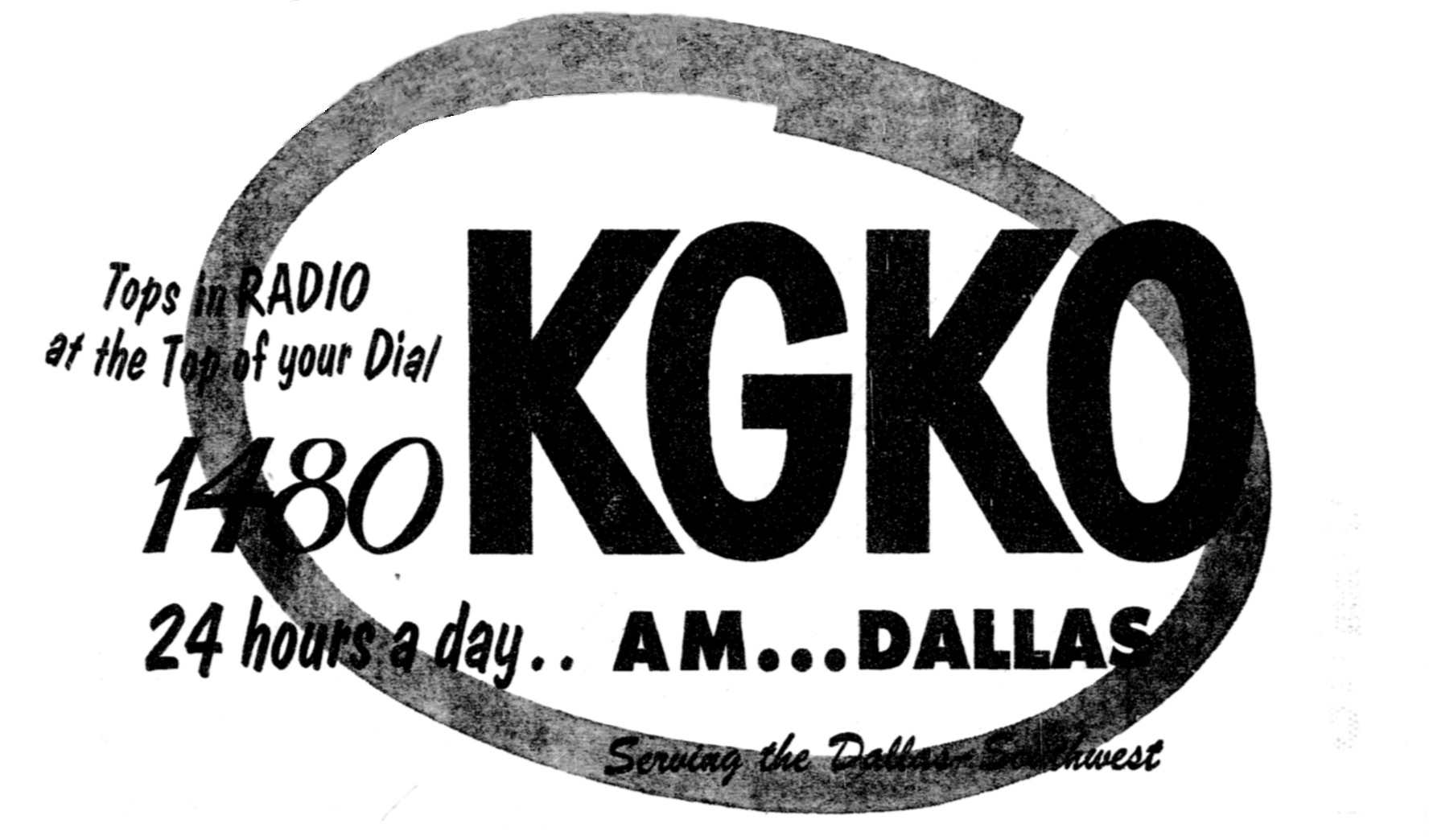 KGKO were familiar call letters to north Texans - they first lived on the 570 frequency from its sign-on in Wichita Falls, through its move to Fort Worth in 1938, until 1947 when the WBAP and WFAA call letters took it over.   So what better way to sign on a new station than to revive once-familiar call letters?  That is exactly what happened in 1953 when E.C. Harrell, owner of an east Dallas drug store, signed on his new radio station (and Dallas' 7th) at 1480 on the dial. 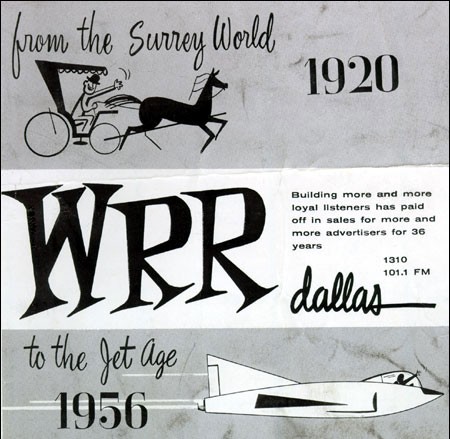 A trade magazine ad touts WRR's heritage, demonstrating that even in 1956 - WRR had been around for quite a while! 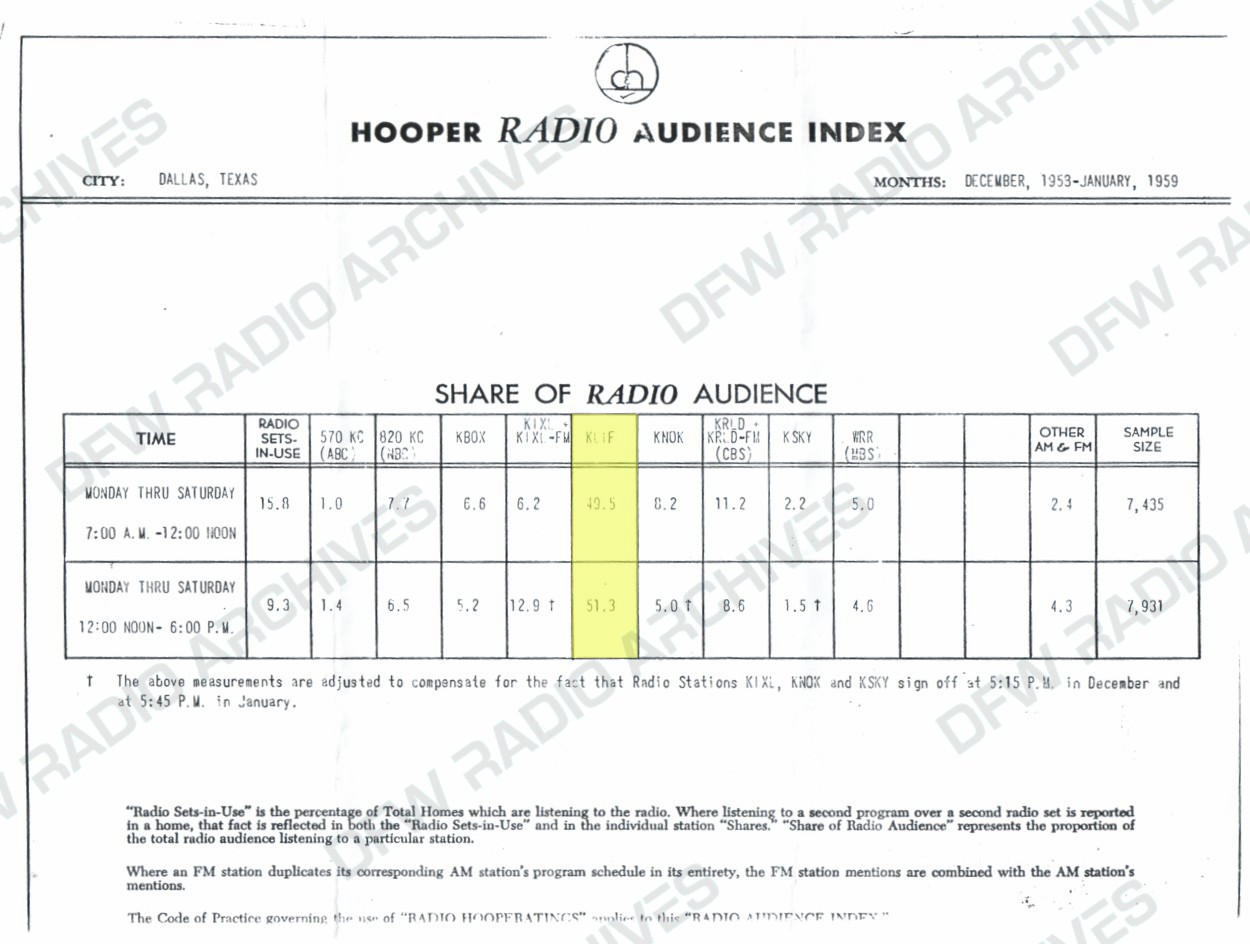 Legendary top 40 KLIF was dominating the Dallas airwaves in 1958.   Only one copy of Hooper Ratings for Dallas from the 1950s is known to exist, check out just how big KLIF's ratings were in 1958 by clicking here.